Rules Are Not Made To Be Broken 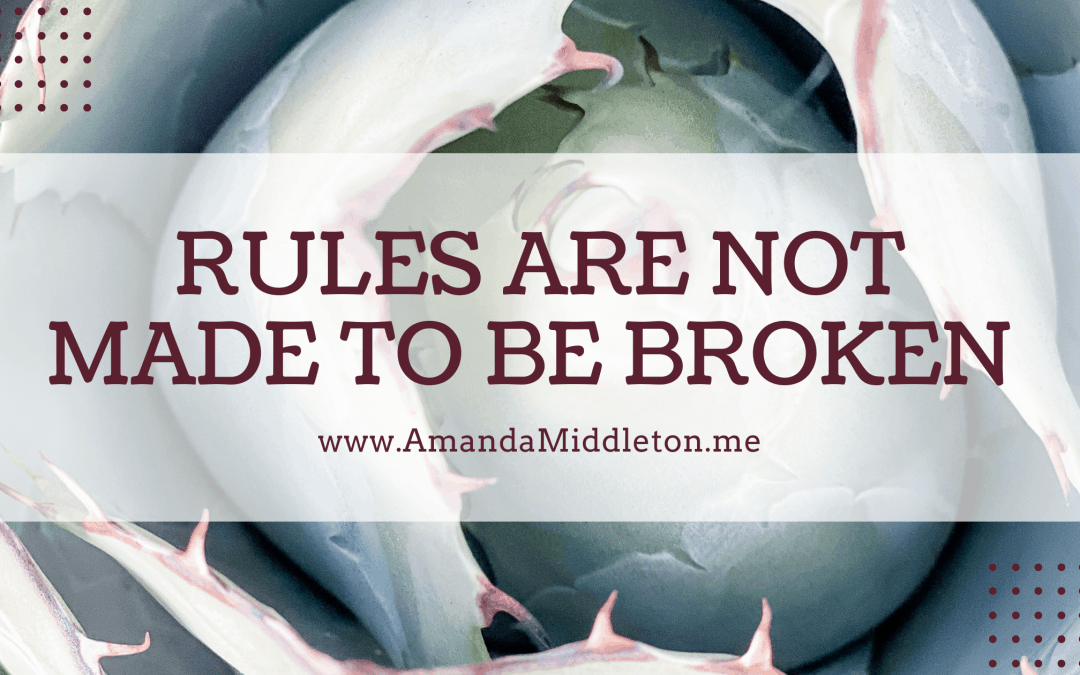 Rules Are Not Made To Be Broken may be really hard to swallow, but it is crucial to understand!

Rules Are a Tricky Thing

But here’s the thing…..they aren’t always made to be broken. A rule is a boundary and if broken, it shows lack of respect for the one that made the rule. Rules are there for a reason. If you think they are ludicrous, then it is time to quietly walk away and let God deal with the one who made the rule’s heart. And if you can’t walk away quietly, you need to check yourself and figure out what is within you that makes you so bitter. If the rule is ludicrous, God will show the person that made the rule how ludicrous it is. 9 times out of 10 if you don’t like the rule or boundary being made, more than likely it was made with you or someone like you in mind. That’s something to chew on.😉

The Bible speaks decisively to this issue. Romans 13:1-2 says: “Obey the government, for God is the One who has put it there. There is no government anywhere that God has not placed in power. So those who refuse to obey the law of the land are refusing to obey God, and punishment will follow.” Whether talking about the government itself, a boss, a friend, family, a cooperation, etc. you have options on how to react to the rules.

The later option should never be the answer. God knows the heart. You can never run away from Him. He knows the heart behind the attitude. It’s is not your responsibility to say what’s right and wrong. It’s not even your responsibility to fix what you think is a problem in the rule. When you take the later option nine times out of ten you want to take control or you think you can do better. That never comes from a good place.

A wise man once said, be careful who you let on your ship, because some people will sink the whole ship just because they can’t be captain.

People may be pure in their own eyes, but the Lord examines their motives. – Proverbs 16:2

Be careful who you put on your ship! They could be trying to take over and sink it. If you don’t like someone else’s ship, it’s time to quietly and prayerfully to move on.

I have seen a lot of this in the last few years and it’s definitely something that we all need to pray, think about and change. The world is changing constantly, something that may have worked ten years ago more than likely will not work today. Rules are there for a reason. Rules change constantly and rules will always be a conflict of interest for some, one way or another. It’s time for all of us to put ourselves in other people’s shoes, grow up and pray through. That is the only way we will survive in this world! 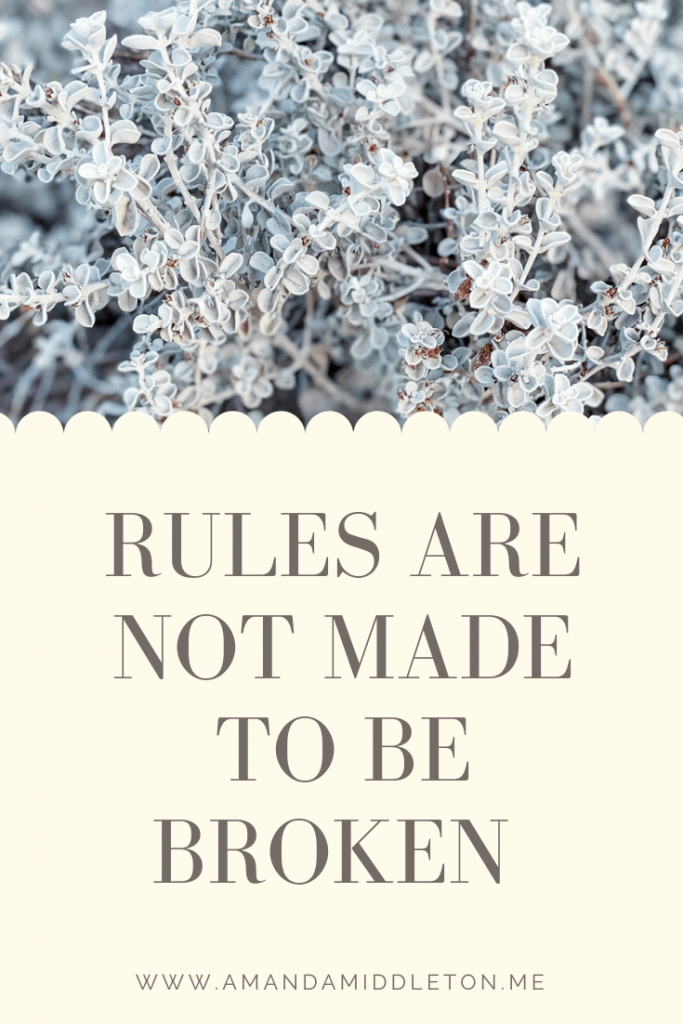 See, Rules Are Not Made To Be Broken! There are rule makers, rule followers and rule breakers, but we should always be after God’s heart. If you choose the later, more than likely you are not seeking God’s guidance and that is a dangerous place to be.

Want to hear more about God’s word? Learn more about what He wants to teach you in The FREE 7 Day Daily Devotional.

When I decided to take my break from IG, I took it

The last two weeks have been eventful, surprising,

<<Burnt out>> Before I get into this, some of you

Today I sent a little email to my peeps, like I do